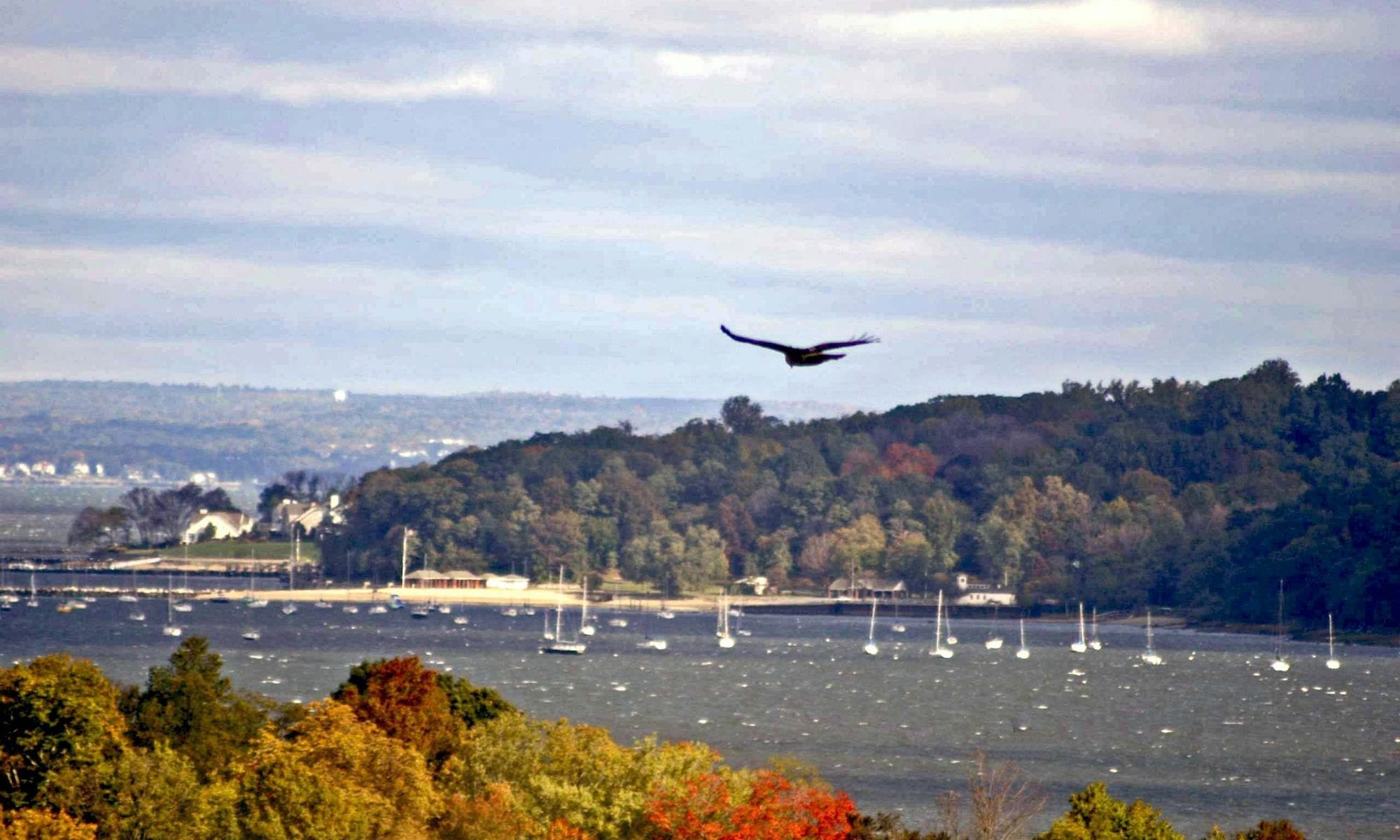 Hempstead Harbor was a very different harbor in the 1980s (and earlier).

There were many instances of beach closures due to high bacteria levels, some due to direct discharge of sewage into the harbor from the former aging Roslyn treatment plant. Several superfund sites were discovered along its shores. Rotting wooden barges lined the lower harbor and sat there for decades before funding and responsibility for their removal could be ironed out. The Village of Sea Cliff even resorted to installing “Gunderboom” around its beach in an effort to keep contaminants from interfering with swimmers. Once the most productive oystering harbor in New York, it is now entirely closed to shellfishing. Low oxygen levels led to periodic fish kills.

In response to these conditions, a citizen’s group, the Coalition to Save Hempstead Harbor was formed in 1986 and they have succeeded in keeping a focus on the needs of the harbor.

At the same time, the nine local governments (including the County) which surrounded the harbor, however, continued to address the harbor issues in their communities independently, as most issues have and continue to be. However, as it became increasingly evident that pollutants know no boundaries and that small villages did not have the resources to tackle large harbor issues and the larger Towns and County had so many other issues to deal with that the tough issues where jurisdiction was complicated or unclear tended to be put on the back burner by all involved. Because of this, it became increasingly evident that there was a need for a mechanism to facilitate a more coordinated government approach to these problems.

The idea for a Hempstead Harbor Protection Committee was conceived by Assemblyman Tom DiNapoli and former Sea Cliff Mayor Ted Blackburn in the mid 1990s. In 1995 funds were sought and received from the New York State Department of State to fund a part time director and to hire coastal experts to prepare an in-depth Water Quality Improvement Plan. Each of the nine municipalities signed memoranda of understandings to work cooperatively and to contribute financially on a pro-rata basis.

Long Island’s first watershed-based inter-municipal coalition was thus born. It has been an unqualified success and has spawned the creation of at least one other inter-municipal effort, the Manhasset Bay Protection Committee.

How We Are Funded

Our efforts would not be possible without the assistance of the following organizations and agencies that work with the Committee as technical advisors and partners: